Duke TIP’s Distinguished Alumni Awards recognize exceptional leaders and contributing citizens who are also alumni of the Duke University Talent Identification Program. Candidates are selected based on achievements in their field. This year’s DAA winners include leaders in the fields of economics and education, medicine, information management, and journalism:

Andrew Samwick is being recognized for his leading research on economic policy, his commitment to education, and his public service.

After taking five math and science courses at TIP between 1982 and 1984, Andrew Samwick graduated summa cum laude from Harvard University with a degree in economics. He then went on to receive his PhD in economics from the Massachusetts Institute of Technology, specializing in public economics and finance. Since 1994, Samwick has been a faculty member at Dartmouth College, where he is now the Sandra L. and Arthur L. Irving ‘72a, P’10 Professor of Economics and the Director of the Nelson A. Rockefeller Center for Public Policy and the Social Sciences. He is a research associate of the National Bureau of Economic Research.

In the field of economics, Samwick is most widely known for his research on the economics of retirement. He is the co-author of a set of reform proposals that restore solvency to the Social Security system through the addition of investment-based, personal retirement accounts. He has testified multiple times before Congressional committees on his research. Over the past two decades, he has also made scholarly contributions on saving, taxation, portfolio choice, education, and executive compensation. In 2009, Samwick was selected as the New Hampshire Professor of the Year by the Carnegie Foundation for the Advancement of Teaching and the Council for the Advancement and Support of Education, recognizing his work to educate, train, and inspire the next generation of public policy leaders. In 2003, he served for a year as the chief economist on the staff of the President’s Council of Economic Advisers. He currently serves as a member of the Census Scientific Advisory Committee. 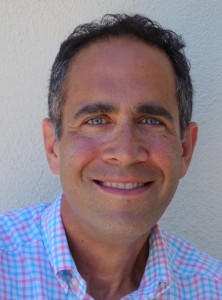 David Shaywitz is being recognized as a TIP Distinguished Alumni for his pioneering work in the medical industry.

David Shaywitz took a pre-calculus class at TIP in 1981, and returned for a writing class (on Arthurian legend) the following summer. He proceeded to Harvard University where he majored in biochemistry, wrote for The Crimson, and graduated summa cum laude. He received his MD from the Harvard-MIT Health Sciences and Technology Program and his PhD in biology from MIT, and went on to the Massachusetts General Hospital for his training in internal medicine and endocrinology, and conducted his post-doctoral research at the Harvard Stem Cell Institute. Passionate about translating science into clinical application, he transitioned to industry, working for the next ten years at Merck Research Labs, Boston Consulting Group, and Theravance Biopharma. In 2014, he became the Chief Medical Officer of DNAnexus, a Silicon Valley-based health data management company where he works to deliver collaborative, genome-enabled medicine.

In addition, Shaywitz cofounded the Harvard PASTEUR program for translational research and the Center for Assessment Technology and Continuous Health (CATCH) and was a founding advisor of Sage Bionetworks, a nonprofit medical research initiative for open science. He has also written about complex issues in medicine for leading publications such as the New York Times, the Wall Street Journal, the Washington Post, the Financial Times, the Boston Globe, and the Atlantic, and writes regularly about entrepreneurial innovation in medicine for Forbes.  He is currently a Visiting Scientist (adjunct) in the Department of Biomedical Informatics at Harvard Medical School, and an Adjunct Scholar at the American Enterprise Institute. He is co-author, with Lisa Suennen, of Tech Tonics: Can Passionate Entrepreneurs Heal Healthcare With Technology (Hyperink Press, 2013), and co-hosts, with Lisa, the twice-monthly podcast “Tech Tonics,” focused on “the people and passion at the intersection of technology and health.”  He lives in the Bay Area with his wife (also a physician-scientist), three daughters, and a clumber spaniel. 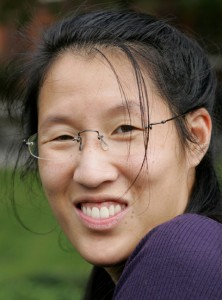 Diane Tang is being recognized as a Distinguished Alumni Award for her innovative work leading the search ads quality team of Alphabet—Google’s parent company.

A TIPster from 1987 to 1989, Tang took four courses with TIP, including a computer programming class. She received her bachelor’s degree in computer science at Harvard University, then a PhD in the same subject from Stanford University. She started at Google in 2003, spending her first ten years with the company focused on increasing the quality and profitability of Google’s search ads, which provide the majority of the company’s revenues. She helped build the team from a dozen members to over four hundred, as well as the tools that set the prices for keywords. Tang has also published a number of research papers for Google.

Today, Tang is a fellow at Google X, the company’s research arm focusing on long-term projects like self-driving cars. Her particular project is focused on human health, using Google’s powerful computing capabilities to develop a fuller understanding of the human body.