Since 1980, Duke TIP has stood for one thing: helping gifted and talented students reach their full potential. We’re invested in the journey of each TIPster who joins this community, and when they do something great, we celebrate with them. That’s why we host the Grand Recognition Ceremony (GRC) each year, which honors the TIPsters with the highest scores on the ACT and SAT. The GRC is like a holiday or a rite of passage for attendees, and as we look back on the 2017 edition, which took place recently, we’re also reminded of its humble beginnings.

According to TIP staff who took part in the first GRC, the event was “born out of the mission of recognizing talent.” Originally, it was held in the Baldwin Auditorium on Duke’s East Campus, under the stunning classical dome that tops the Georgian-style building. Baldwin was renovated in 2013, adding modern features, but during the first GRCs in the early 80s, honorees and family members essentially stepped back in time to 1927 when they set foot inside. 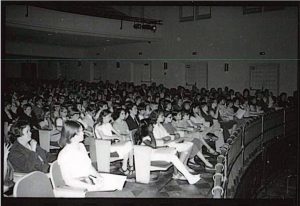 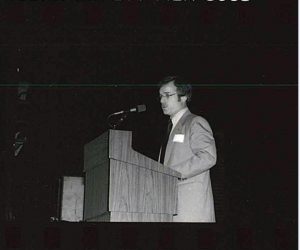 It wasn’t just the setting that was different, either. TIP alumni may recall the days when instead of medals and certificates, honorees were given books as awards. TIP staff who worked those earlier GRCs remember giving out books like Einstein’s Universe and 50 Best Short Stories. There’s something special and rather fitting about exceptional students receiving medals and certificates for their accomplishments, but the unique idea behind giving honorees books highlights one of the quintessential characteristics of TIP as a whole: we strive to encourage gifted and talented students to pursue their dreams. A young aspiring physicist receiving a copy of Einstein’s Universe may seem odd, but it may also provide the inspiration to carry her into a successful career. Plus, the idea of truckloads of books arriving is every bookworm’s dream! 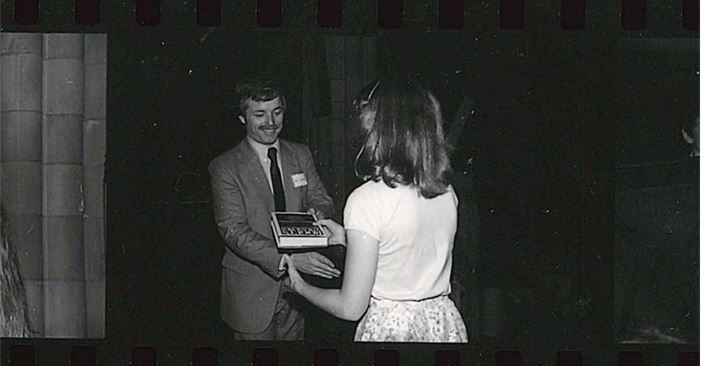 Going to the chapel

While Baldwin Auditorium was hallowed ground for TIPsters during its time as the GRC venue, a steady increase in honorees meant that, like all good things, the building’s time as the ceremony’s location had to come to an end. Luckily, the GRC was moving to another historic, iconic, and architecturally breathtaking venue: the Duke University Chapel.

Workers began constructing the chapel in 1930. It was completed two years later and officially dedicated in 1935. In the years since, it has become one of the most recognizable buildings in the area and a prominent symbol for the university, making it an ideal place to recognize TIPsters for academic excellence. Unfortunately though, honorees had to limit their number of guests. Long-time TIP employees explain that this was one of the main reasons for the GRC’s final relocation. 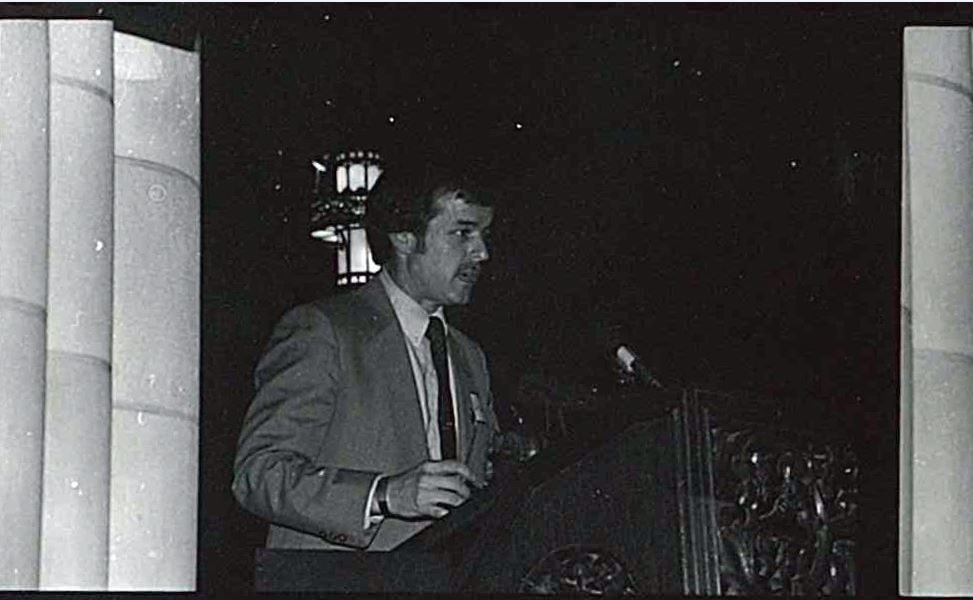 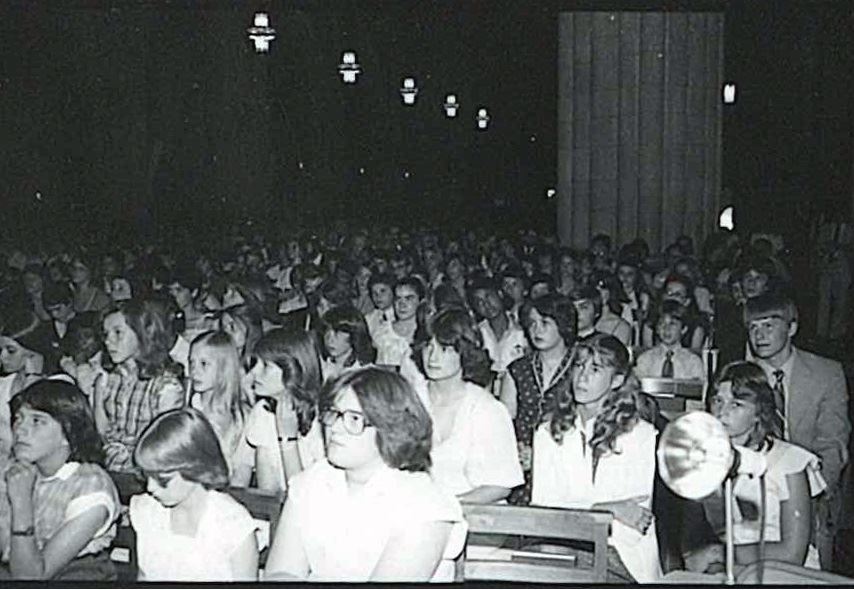 And so it was that the GRC arrived at its current location: Cameron Indoor Stadium. It’s a perfect home for TIP’s biggest event. Cameron seats more than nine thousand people (though slightly less than that, given how it’s arranged for the GRC). That’s around eight thousand more seats than the chapel has, allowing honorees to be accompanied by as many guests as they’d like—and rightfully so. We want family and friends of these talented TIPsters to take part in the ceremony without being cramped or uncomfortable. 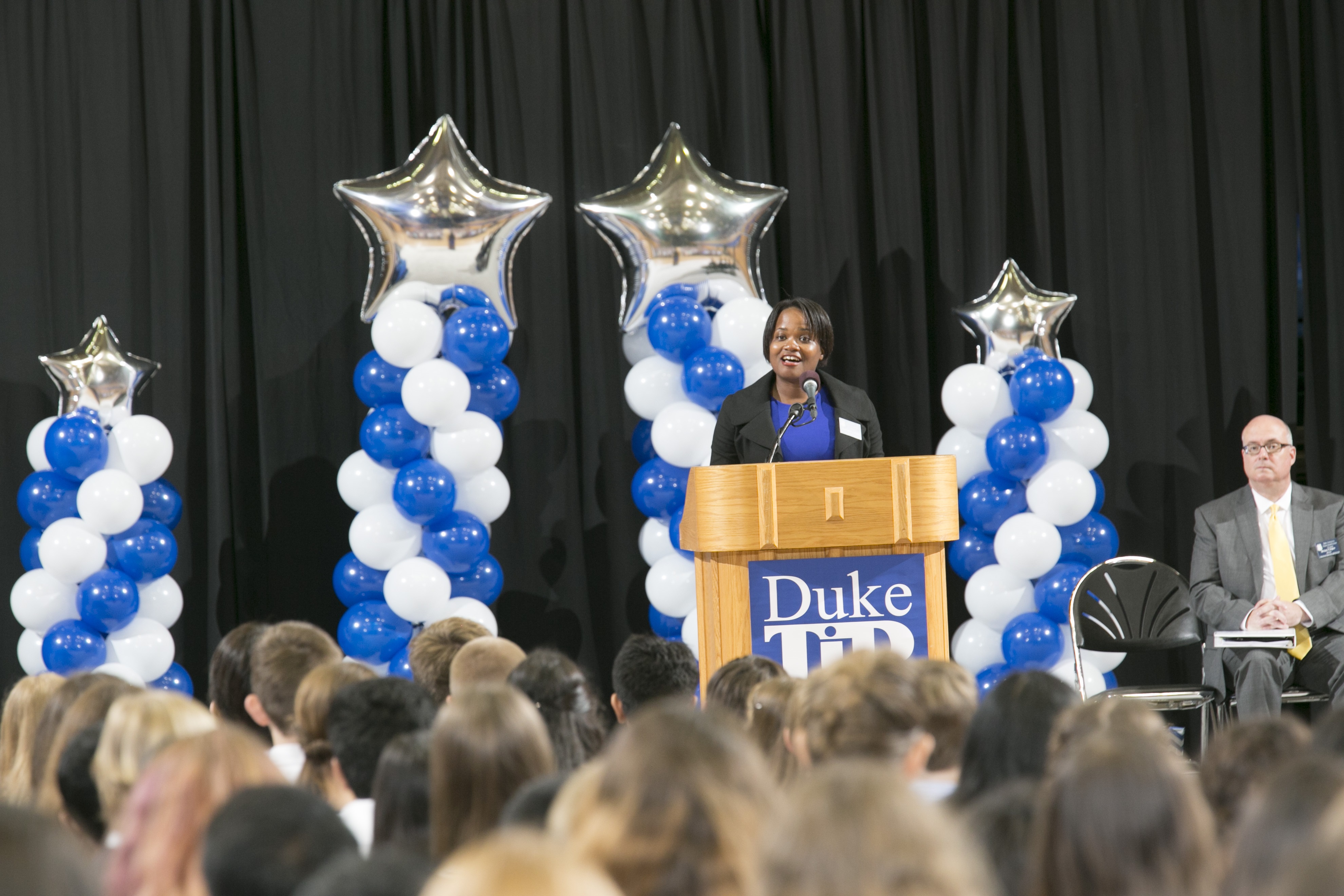 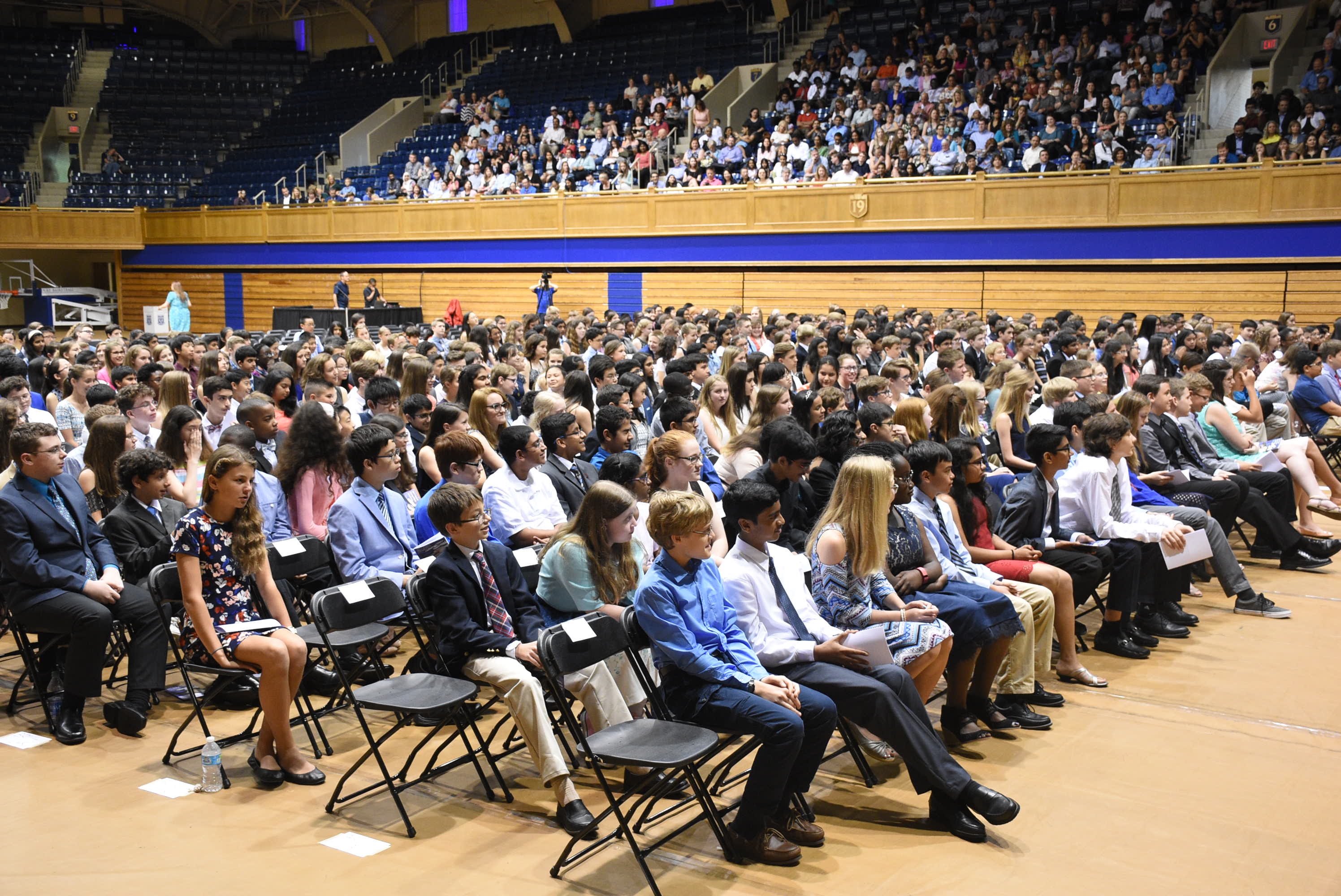 On top of that, Cameron is the place where the “Crazies” cheer on the Blue Devil basketball teams. And on this one day, honorees get center stage (well, court) so they can be the stars. 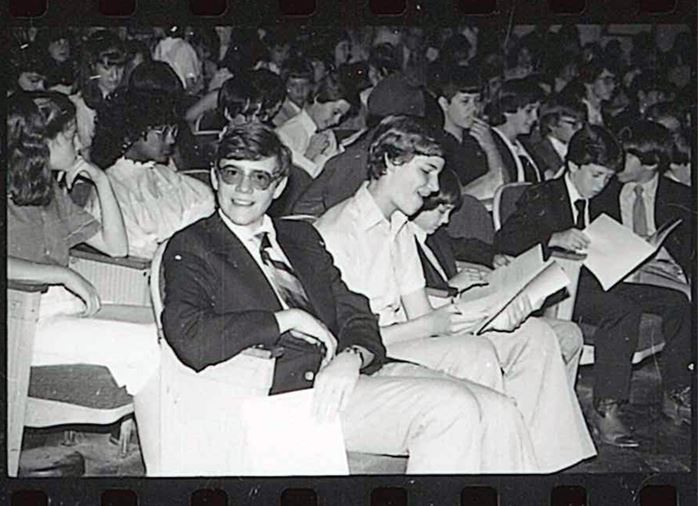 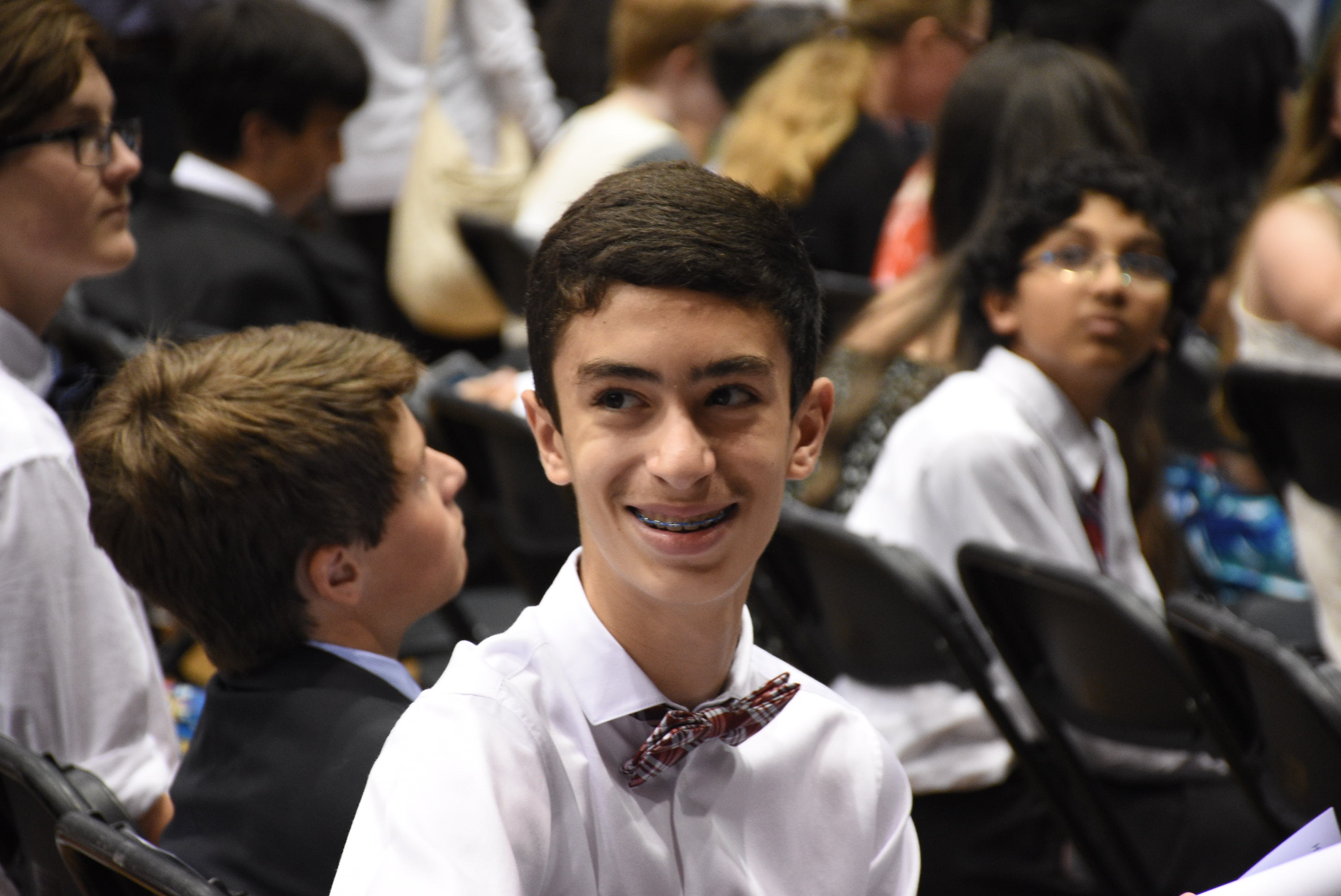 The Grand Recognition Ceremony has changed a lot in the past thirty-seven years, but, as those who have been part of the event since its beginning will testify, it’s always been about giving high-performing students the recognition they deserve. We want to get TIPsters excited about academic success just as fans get excited about a UNC-Duke basketball showdown in the very same venue.