It’s a sensation virtually all TIPsters can relate to–feeling awkward, not accepted, and full of potential with nowhere to go. If only there were a place where nerds felt safe.

For many, this place is TIP. It has been and continues to be the launching pad for so many careers, interests, friendships, relationships, and ultimate Frisbee experts. It is the cocoon where introverts transform into high flying extroverts. The safe haven where being smart is celebrated.

Their thanks has turned into giving.

Julie Martin (’87, ’88, ’89, ’90) and Colin Delany (’83, ’84, ’85) both received financial aid as TIPsters. They first met in 1989 when Julie was a TIPster and Colin was an RC, but it was when they reconnected at the 2011 TIP reunion that they became dear friends. Over the years, they’ve kept in touch, visited each other’s families and recently decided to join forces to fund a named scholarship to give the TIP experience to another kid in need. 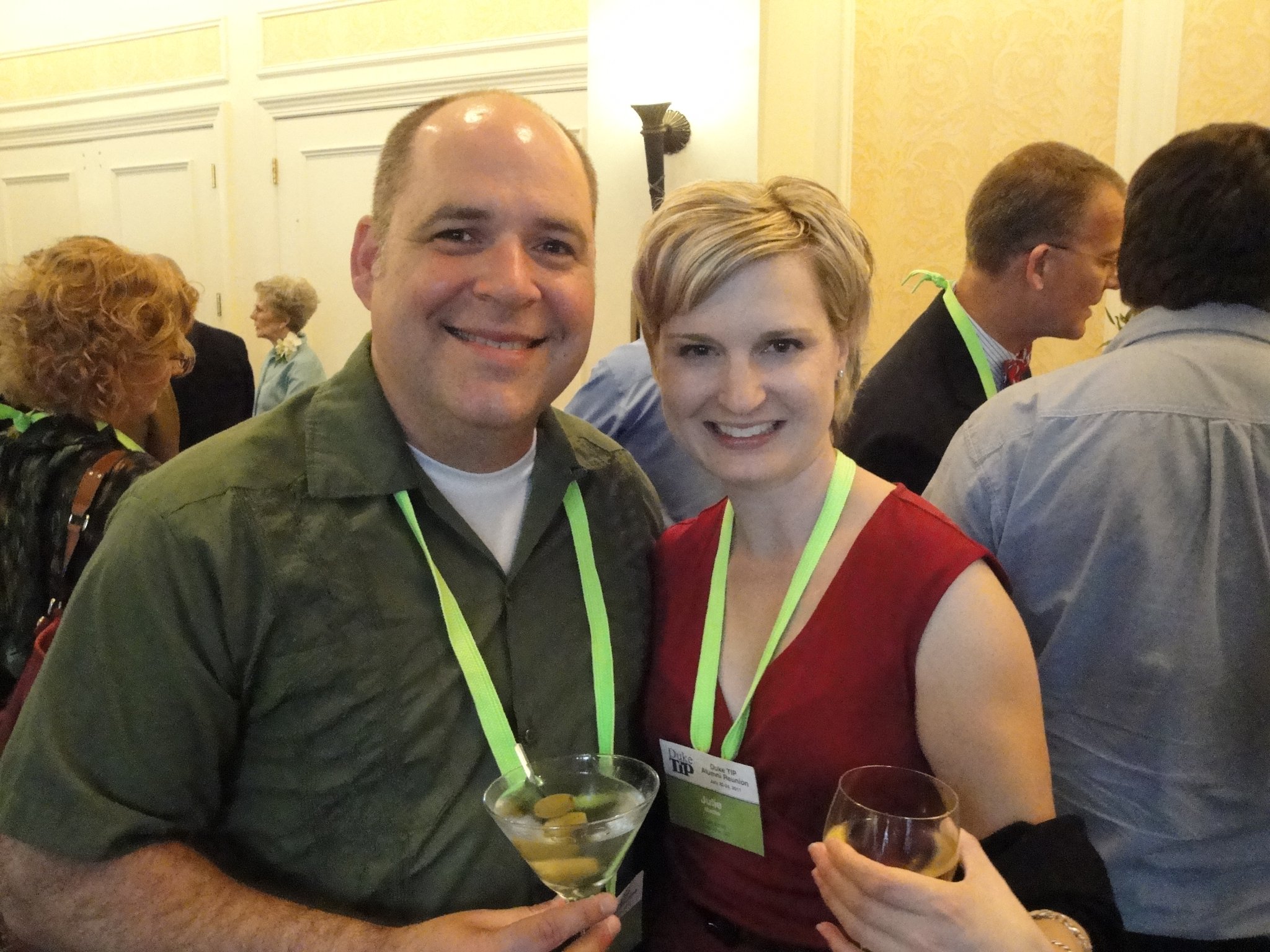 “We decided to team up—to go in together and do something that collectively was worth more than either of us could do individually,” Julie explained. Paying it forward to another TIPster has always been a priority for Julie: “I always wanted to give back. Even in times when I’ve only been able to direct some giving in one direction, if there’s only been one, it’s been TIP.”

Colin says learning that 100% of the gift goes to funding a student in need is what made him decide to give. As a kid whose parents owned a small business growing up, they did not have superfluous funds, so it was thanks to the generosity of others that he was able to attend. “I feel a great obligation to TIP because of how it transformed my life at a really important time. The fact that it would go straight to having another kid have that same experience was really the main motivator,” he said.

Julie echoes this sentiment, saying, “I went to the Summer Studies Program on East Campus for four summers, and that was the defining experience of my life.” The fact that TIP changed her life and that it was only possible through her financial aid award is what motivates her to pay it forward. And although she and Colin are both members of the early classes, Julie says TIP “has still stayed relevant to the same basic kinds of things that Summer Studies served for me, which was finding other people who are like me. That was the first time where I felt accepted—that it was not only okay to be smart but that there were other smart people, smarter than me, and it’s the first place where I felt like I could be the most like myself.”

Because of Julie and Colin’s gratitude and generosity, a 7th grader heading off to take the SAT in a couple of weeks will look back decades from now grateful for the life-changing opportunity. They hope other TIPsters will consider teaming up to pay it forward together, because it is gifts like theirs that allow TIP to continue to impact the lives of students in the years to come.